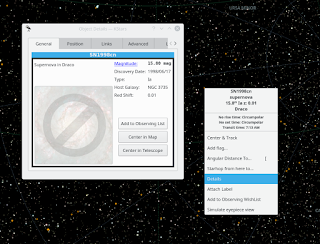 Posted by Jasem Mutlaq at 1:26 PM No comments:

KStars 2.7.2 for Windows is released

Less than a month from the release 2.7.0, KStars v2.7.2 for Windows 64bit is now available for download on KStars website! Get it now and give it a go.

The new release features many minor improvements and bug fixes including very fast startup time (about 300% faster) in addition to more streamlined Ekos GUI for capture and schedule modules. Images captured with Ekos on Windows would now conform to legal filenames in Windows when using ISO 8061 time stamped files. 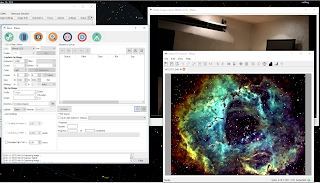 Unfortunately, a few problems remain in this release most importantly is that KStars does not gracefully closes, it always remains in the background and must be terminated explicitly by the Windows task manager. This bug was supposed to be fixed by Qt 5.8 but alas it is still affecting Qt 5.8 in emerge. Once fixed by Qt/KDE, we shall make another release addressing this issue.
Posted by Jasem Mutlaq at 12:30 AM No comments:

As you can imagine, this can get annoying pretty fast. Thanks to IRC and Bhushan Shah who proposed this solution, simply remove the system tray from the panels on the secondary monitors, and just keep the system tray on the primary monitor. This way, you will only get one-notification popup on each monitor instead of multiple ones!

To achieve this, first click on the hamburger icon in the panel to edit the panel. Then hover the mount over the system tray area where you get a popup like below that enables you to remove the system tray plasmoid. 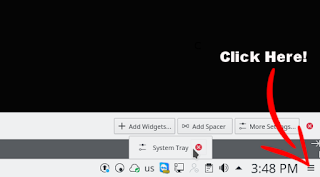 A couple of days after the release of KStars 2.7, the KStars team is happy to announce the availability of KStars Lite for Android, now available on the Google Play Store.

KStars Lite is our successful Google Summer of Code project for 2016. It was developed by our star student and active developer Artem Fedoskin who managed within a few months to create a QML/QtQuick lite version of desktop KStars with many features including: 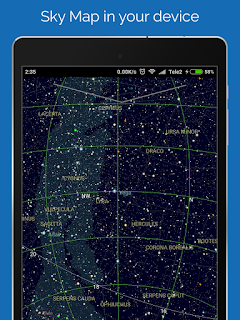 A beautiful sky map that takes you into deep space to see stars, planets, galaxies, and much more: 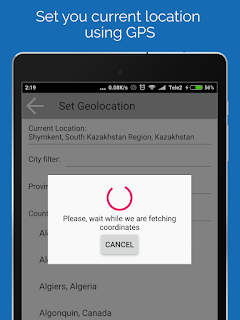 While you can select your location from the thousands of cities shipped with KStars Lite, you can also simply ask it to automatically fill that information and it would fetch your location within a few seconds!

This feature is very handy when you're on the field and want to see an accurate representation of the night sky form your current location.

KStars Lite fetches not only longitude and latitude information, but also geographic information about your current location (city, state, country) via Google services. 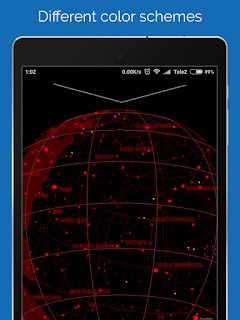 Most notable is the Night Vision scheme that enable your eyes to adjust to the darkness while still being able to utilize the sky map fully without any blazing glares that could ruin your night vision. 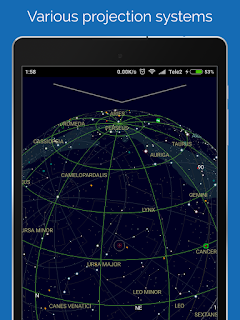 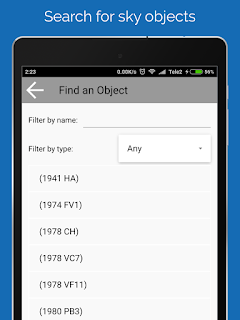 KStars Lite provides you with a convenient search functionality to search within KStars catalogs that includes thousands of stars, galaxies, nebulae, and solar system objects. When an object is found, you can go to the object on the sky map or view detailed information about it.

But what if the object is not found within KStars database? Do not worry! KStars include functionality to search numerous online catalogs for millions of objects. Once found, the KStars database downloads the new object data, and includes the new object just like a regular KStars object where you can view its information, center it...etc 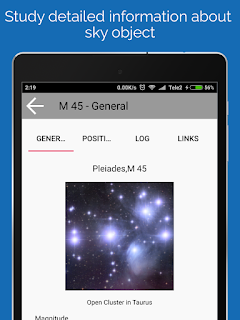 Want to know when the project will pass overhead? Check the position tab. Want to see more images of the object? Check the links tab. Have some notes to write about the object? Save them in the logs tab.

The general tab includes the most prominent information about an object such as its magnitude, its distance from earth, and its angular size in the sky. 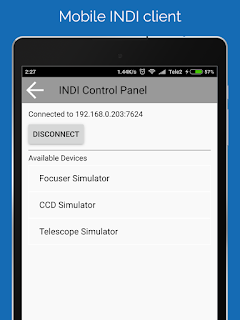 Control your Telescope, CCD, DSLR, and even your complete observatory within KStars Lite. With its first class INDI client support, you can connect to an INDI server running your equipment, and start controlling them immediately.

You can track your telescope motion on the sky map, and even select any object and ask the telescope to track it. Have a camera attached to your telescope? Simply capture an image and get a live preview on KStars Lite!

No need to fiddle with cables and wires anymore, use KStars Lite to wirelessly control your astronomy equipment at any time and from any where.

Please bear in mind this is our first KStars Lite release for Android, and while we worked hard to fix some of the quirks in the development version, there is still room for improvements including improving its stability and performance: