KStars v3.5.7 is released on January 18th for Windows, MacOS, and Linux. This release includes a number of new features and bug fixes.

This feature is finally implemented in 3.5.7. Many assumed it existed before and were disappointed when they couldn't drag the mosaic panels around for finer adjustments. 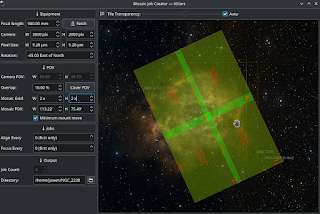 Robert Lancaster worked vigilantly on improving KStars & INDI support for MacOS. This includes working on all the plumping required to get a daily build going in KDE Binary Farms using KDE's Craft technology so that MacOS users may finally have access to nightly builds.

Capture Flat Darks with a click of a button. After adding your desired flat frames, simply click the Flat Dark generator icon to add Dark Flats to your sequence queue. When Ekos completes capture of the flat frames, it will use the same exposure time (per filter, if one exists) for the dark flats. 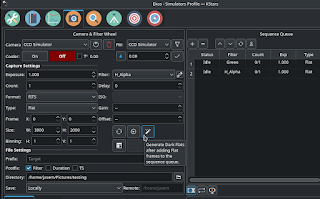 Please note that for this to work, the flats must be captured in the same session. That is, you cannot partially capture flats, restart Ekos, and then proceed to capture dark flats.

Hy Murveit made comets more discoverable in KStars by displaying them on almost all zoom levels. You'll find a lot more comets to learn and discover about in this release. 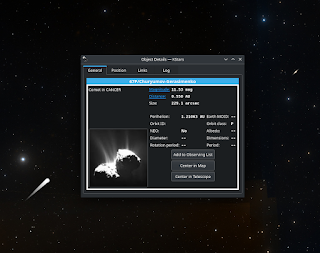 Wolfgang Reissenberger introduced State Machine for Capture Control changes as part of Ekos Road map to separate state machines, command processors, and business logic into their own manageable silos. While this is not exactly a user-facing activity, it remains to be critical for Ekos stability and growth in the future. 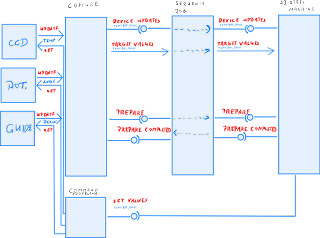 Hy Murveit introduced a One Pulse Dither option in Ekos guide module with randomly generated pulse. This should reduce the time it takes to dither at the expense of verifying that the guide star moved by the specific number of pixels required. Experiment with this new option and let us know what you think! 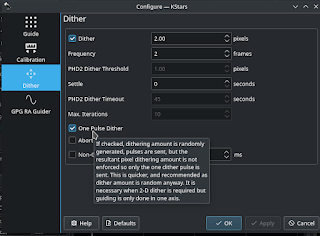