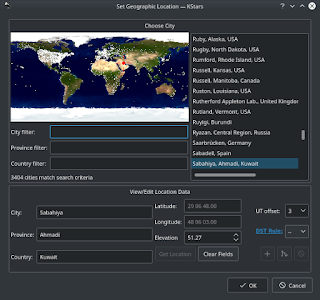 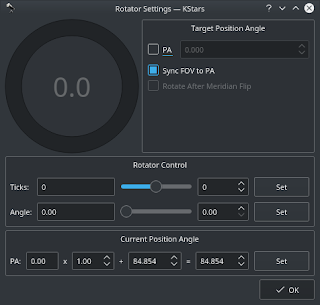 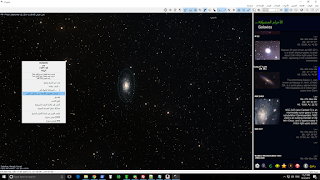 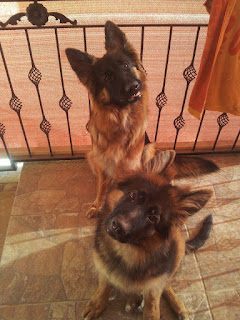 The bugfix release of KStars 2.8.3 is available for all major platforms (Note: MacOS version is delayed to 2017-09-13). In this version, we finally managed to release translations for Windows & MacOS users, thanks to the efforts of Hannah and Kevin over at Craft, and the KDE translation team.

A major bug that was fixed is inaccurate asteroid and comets positions. After exhaustive troubleshotting with the aid of JPL Horizon ephemeris, the problem was traced to imprecise Earth ecliptic longitude angle. The Earth coordinates are important if we want to calculate positions of solar system bodies from a geocentric point of view. Valentin traced the problem to problematic VSOP87 files and promptly generated new data files that solves the discrepancy in Earth ecliptic longitude.

However, while that greatly improved the accuracy, it was still a bit off. While checking KStars Florence (1981 ET3) asteroid position against that of Stellarium, I noted KStars epoch of date position exactly match the J2000 position reported in Stellarium! This was not a coincidence, it turns out we didn't account for precession in KStars. After that is taken care of, the comet and asteroid positions are now accurate on the order of arc-seconds! This is a 100-fold improvement in accuracy from previous versions. 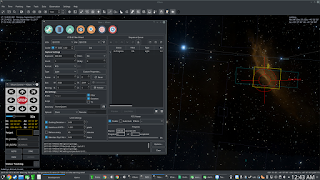 Several fixes and improvement to Ekos with fixes in PHD2 support along with the ability to disable streaming from remote cameras right from the guide module. Another issue that was resolved is the focus module always running autofocus even when the HFR is below the threshold. This was tricky to trace down as it was due to a switch of HFR algorithms when the HFR check is first requested. For those using domes, the align module now properly waits until a slaved dome reaches its target before proceeding with image capture. More over, the Mosaic Tool was simplified and now dragging the mosaic grid produces precise jobs for all orientations.

Numerous stability improvements from GSoC 2017 projects made it into the release. GSoC 2017 student Csaba Kertesz concluded the project and KStars is now much more bullet-proof than before.

This release is named after my lovely loyal German Shepard Tommy! Isn't he a good boy?