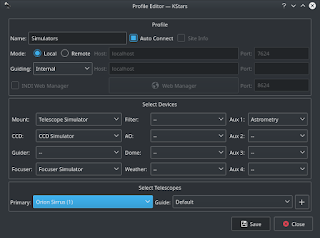 Many small bugs were fixed, thanks to our users who are making use of KDE Bug Tracking facilities effectively.
Posted by Jasem Mutlaq at 11:36 AM