This release contains a few minor bug fixes and some few convenient changes that were requested by our users.

The Sky Map cursor can now be configured. The default X icon can now be changed to either the arrow or circle mouse cursors. It can be changed by going to Configure KStars --> Advanced --> Look & Feel. 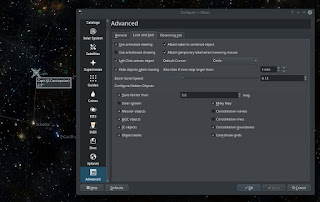 It is also possible now to make left click immediately snaps to the object under the cursor. The default behavior is to double-click on object to focus it, but if Left Click Selects Object is checked, then any left clicks would snap to the object right away.

Another minor change was to include the profile name directly into the Window title for Ekos to make it easy to remember which profile is currently running, in addition to a few icon changes. 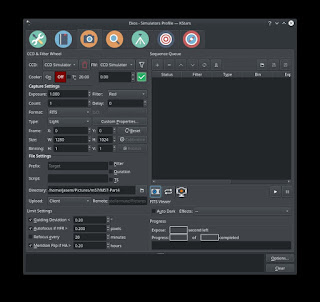 A race condition when using a guide camera was fixed thanks to Bug #407952 filed by Kevin Ross. On the other hand, Wolfgang Reissenberger improved the estimated time of scheduler jobs where there are repeated jobs in the sequence.
Posted by Jasem Mutlaq at 12:38 AM