After 4 months of development, we present the KStars v3.0.0 release as an early Christmas present for our users worldwide.

KStars v3.0.0 packs a lot of features and bugfixes as we strive to develop the most comprehensive planetarium platform for computers today.

Robert Lancaster developed the XPlanet Solar System Viewer which is a significant improvement of the KStars built-in viewer. It can display high resolution images of all the solar system bodies in addition to numerous moons.

By adjusting a few controls, the tool can deliver an immersive experience for the user. 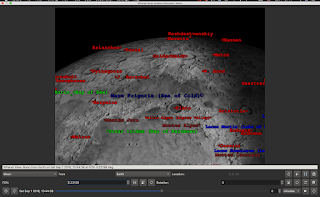 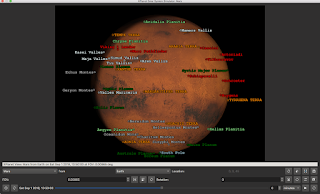 You can zoom, pan, and rotate all objects seamlessly using an efficient algorithm.

Significant improvements to FITS loading & processing were made by employing various multi-threading techniques. For large images that requires similar computational tasks, KStars creates 16/32 threads that concurrently work on processing the image data. Most of the backend code now relies on asynchronous loading of data which in turn led to a smooth experience for the users.

Robert Lancaster took on the challenge of simplifying the FITS Viewer interface in order to make all information accessible as fast as possible to the user. The updated FITS Viewer now adds a non-intrusive drawer that the user can drag to expose several functionalities such as: 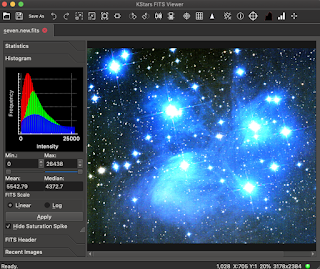 Eric Dejouhanet dedicated the last few months to resolving various issues with the Ekos Scheduler. The scheduler is now a lot more robust against many complex observation requirements & scenarios. It is also more tolerance to INDI disconnections and can resume from disconnection without going into panic mode. 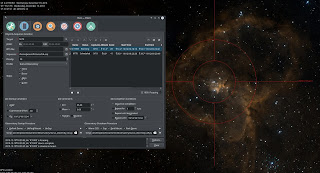 This is a full rewrite and verification of all steps of evaluation of a list of scheduler jobs with the following existing constraints:

The UI now displays target altitudes at the current simulation time, and at startup and completion times. It also displays the lead time or gap time between jobs to help with imaging time optimization. Warnings appear in some situations for the user to detect problematic situations, such as a job completing under the minimal altitude.

KStars makes full use of DBus to enables scripting over many aspects of the application. All the Ekos modules DBus structure was migrated to a modern Property/Method/Signal framework. Furthermore, a new DBus interface added for the Field-Of-View (FOV) objects to enable complete control over them by 3rd party applications.

Valentin Boettcher added functionality to calculate and draw the earths shadow disk on the Moon from any distance.

There is a new eclipse tool in the astrocalc which can find lunar eclipses quite fast. It is overhauled and modularized over the original code. 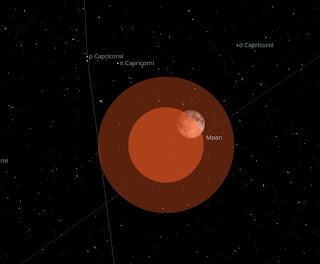 The Eclipse Tool comes with an API that can be extended for other eclipse types.

The venerable Find Dialog is now persistent so it remembers the past searches. Any time you find an object, it stores it in the history list where it can be easily retrieved later. 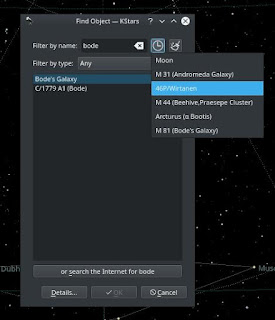 The prefix target is automatically set when slewing an object as long as there are no active capture operation.

Various tasks that not immediately visible on the surface, but it improves the code quality & stability over the long term.