Due to major changes in this release, we are releasing it as Early Preview. We hope to release final stable release in a few weeks given the user feedback.

Ekos introduces a new method to configure equipment by organizing them into Optical Trains. An optical train is a collection of devices arranged in orders from the telescope/lens up until the last imaging element. It includes everything in between including reducers, barlows, OAGs, rotators, filter wheels and so forth. 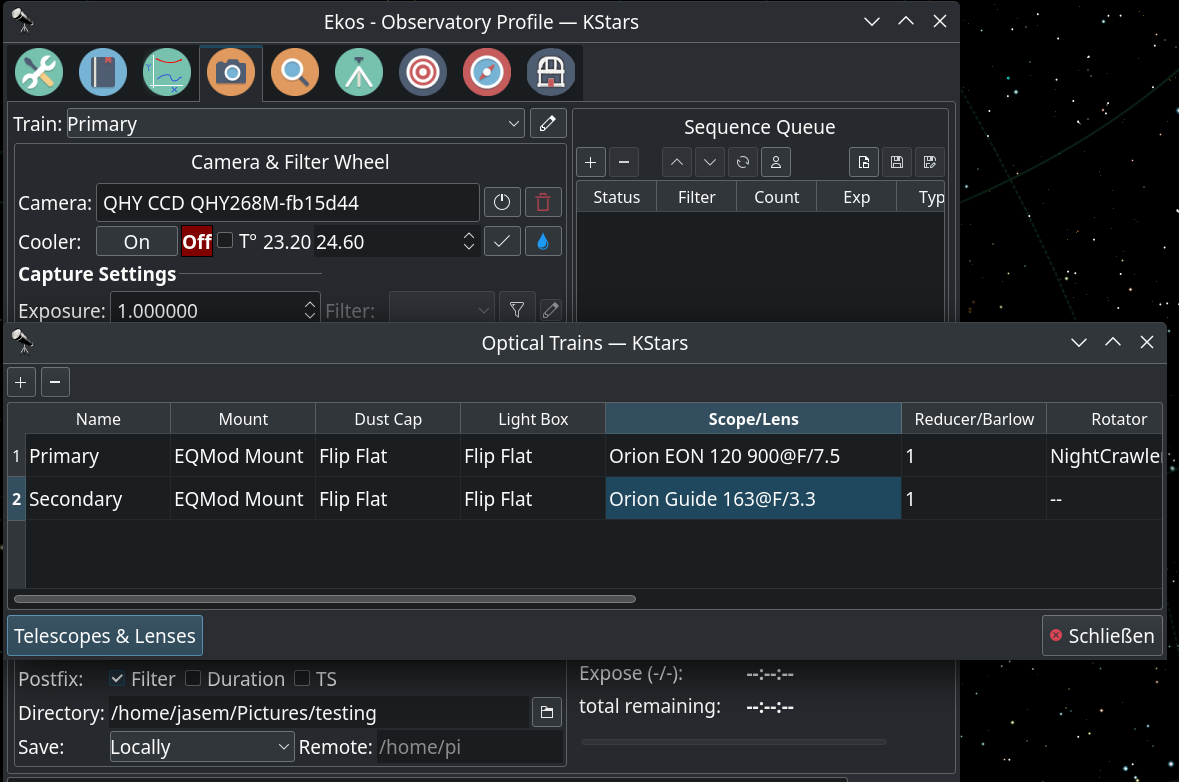 You will no longer select individual devices in Ekos modules, you simply select which train you want to use. Settings are now saved per-train basis so you can have different settings for each train. This is all done automatically and no need to save or load settings yourself.

Sophie Taylor is a new contributor to KStars and a highly talented scientific developer. She is a PhD student and has contributed a new internal guider feature: Dark guiding.
One of the primary benefits of the GPG guiding system is the ability to predict the behavior of the mount at any point in time; not just when guide camera images are received. Dark guiding introduces a rapid control loop that occurs several times per guide exposure, to correct for the predicted error. This way, not only can the benefits of long duration guide exposures be taken advantage of (e.g. capturing fainter guide stars), but some of the benefit of short-term exposures too; namely, quicker corrections to the mount.
For example, you can configure 5 seconds guiding exposures with 1 second dark guiding updates. Dark Guiding is an improvement to GPG, and part of the GPG menu in the Guider menu.

Hy Murveit increased the number of usable MultiStar references. It was limited to 10 previously but now you can increase it as appropriate given the seeing conditions. 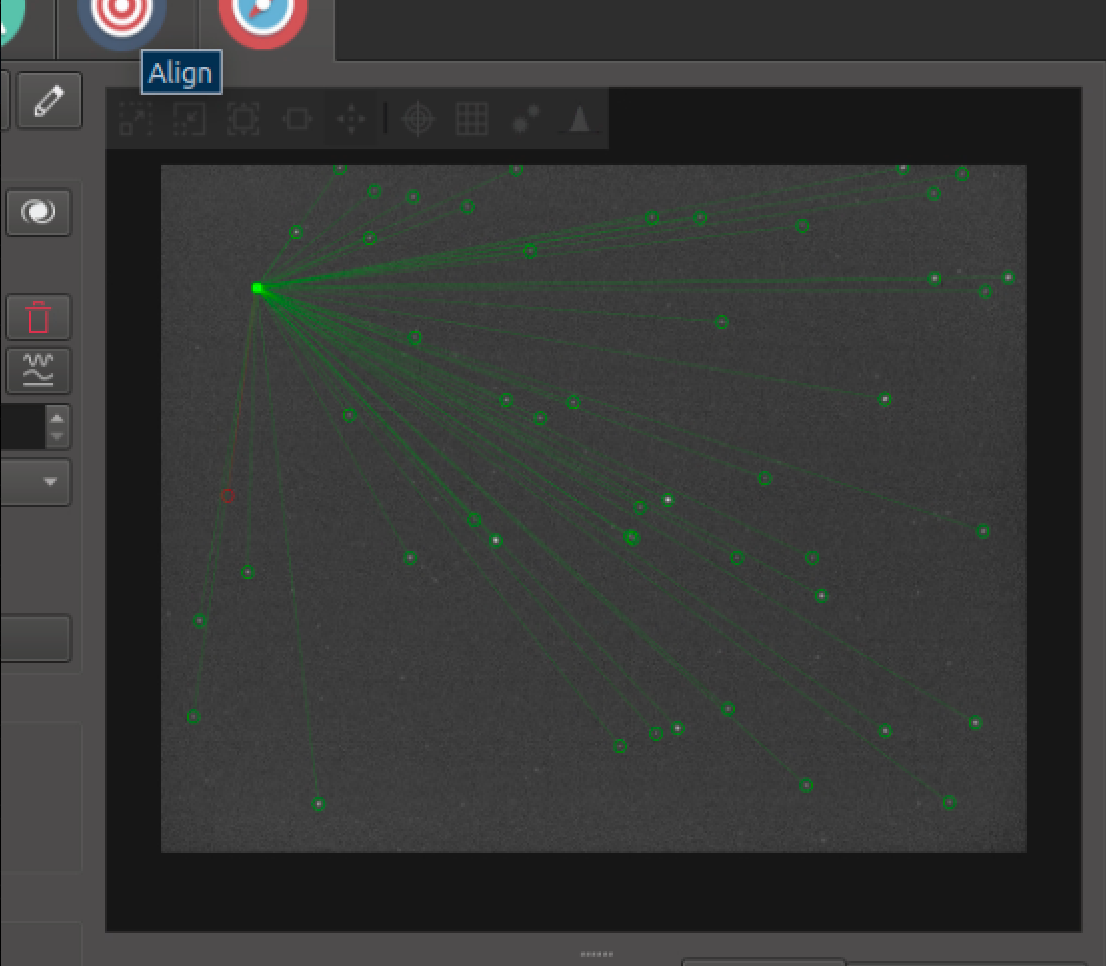 About the optical trains, I have a remark. It would be more usefull, in my opinion, to create all the devices and the optical trains, without having to launch Ekos. Then the differents trains are calling into the tabs of Ekos, with a setup by default.

Hi! I really like the concept of optical trains. It makes the Ekos much more Object Oriented and opens up possibilites for future concurrent capture with multiple optical trains on one mount. This ties into the work with state machine for mount i guess, making possible concurrency with reserve, wait-for and release the mount resources. I think this can be implemented with only one capture tab, where sequences can be defined and stored. The eventual feature of concurrent capture could be built into the job scheduler.

Please can you sort out your release numbering scheme. The new optical trains functionality will be great, but the initial release of 3.6.1 was pretty unstable. You've adopted that x.y.z release numbering and people expect x.y.1, x.y.2 etc. to be stable, bugfix-only releases.

This really should have been released as 3.7.0 so that users had more awareness that it was not suitable for production use. The only place it was highlighted that this was unsuitable for production was the kstars website which people will not necessarily have seen if kstars-bleeding gets updated along with other routine OS updates.

It would also help if the ppa had kstars-latest-stable as well as kstars-bleeding releases, so that people who want something production-ready but more up-to-date than the usual packages shipped with a distribution can install a series of packages they can rely on, and those who genuinely want to test the bleeding-edge can do so.

I second that. I lost one clear night due to the old profiles crashed the guiding instantly. another night lost due to crash randomly in capture. Turned to a clean image with latest updates and everything works great.

After Meridian Flip, all operations stop.
(We do not do photo taking and guiding and plate solving in progress.)

Captures are gradually darkened or lightened.
The cause is unknown.