I am glad to announce the release of KStars 2.7.6 release for Windows & OSX. Linux users using the official PPA can install the latest release as well.

In this release, we introduce the Ekos Mount Modelling tool developed by Robert Lancaster. It's currently in Beta now and we would appreciate any feedback. The tool enables you to build a comprehensive mount model if supported by your mount. Any mount that improves its internal pointing model after a SYNC command is applicable. Furthermore, INDI mounts that supports INDI Alignment Subsystem (EQMod, Nexstarevo, Synscan..etc) are also applicable. 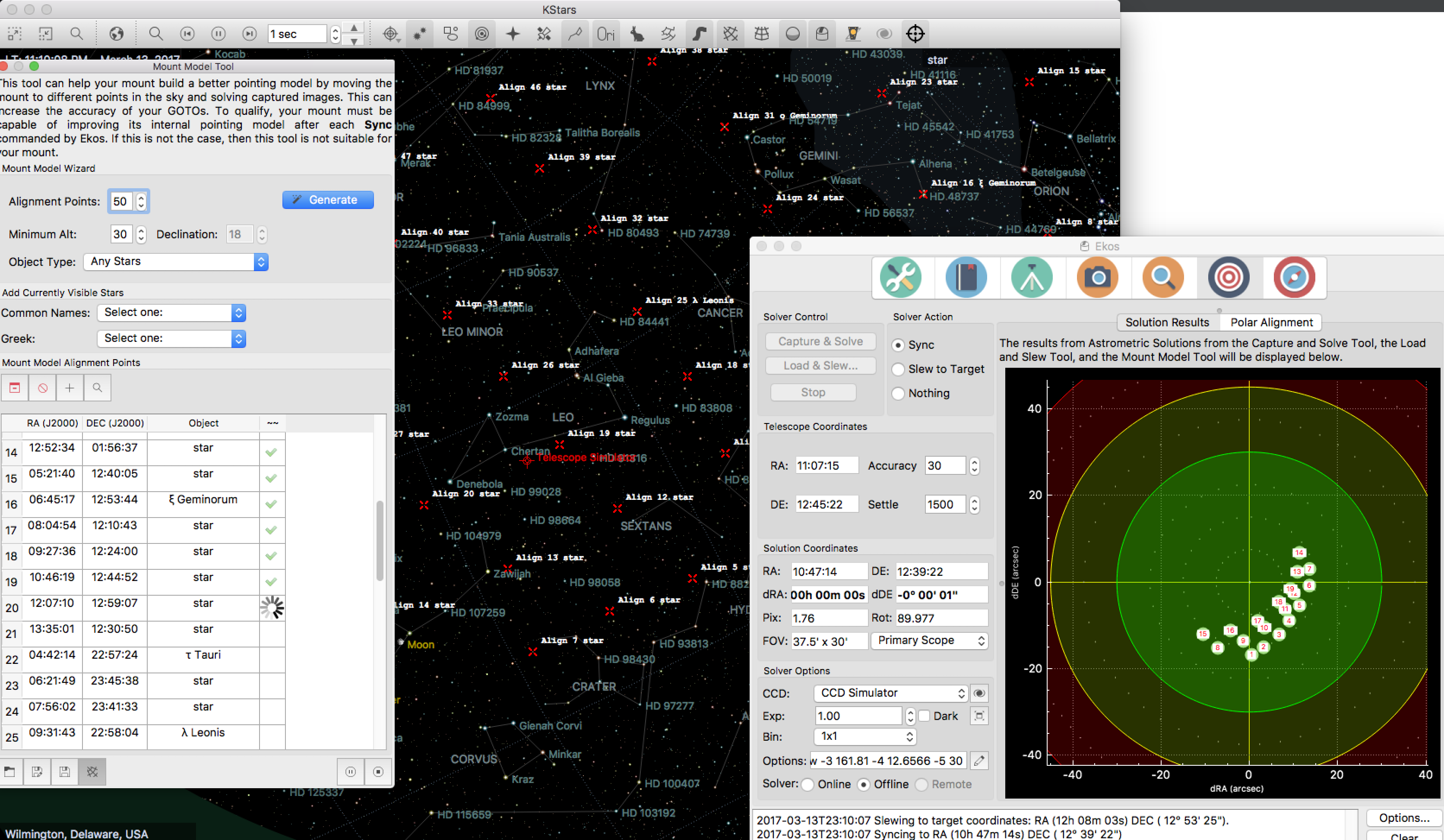 Along with the advanced mount modelling tool comes the new Solution Results plot in the Align Module. It displays the quality of your GOTO after each solve and it can help you to identify if there are issues with your mount or the quality of the image..etc. 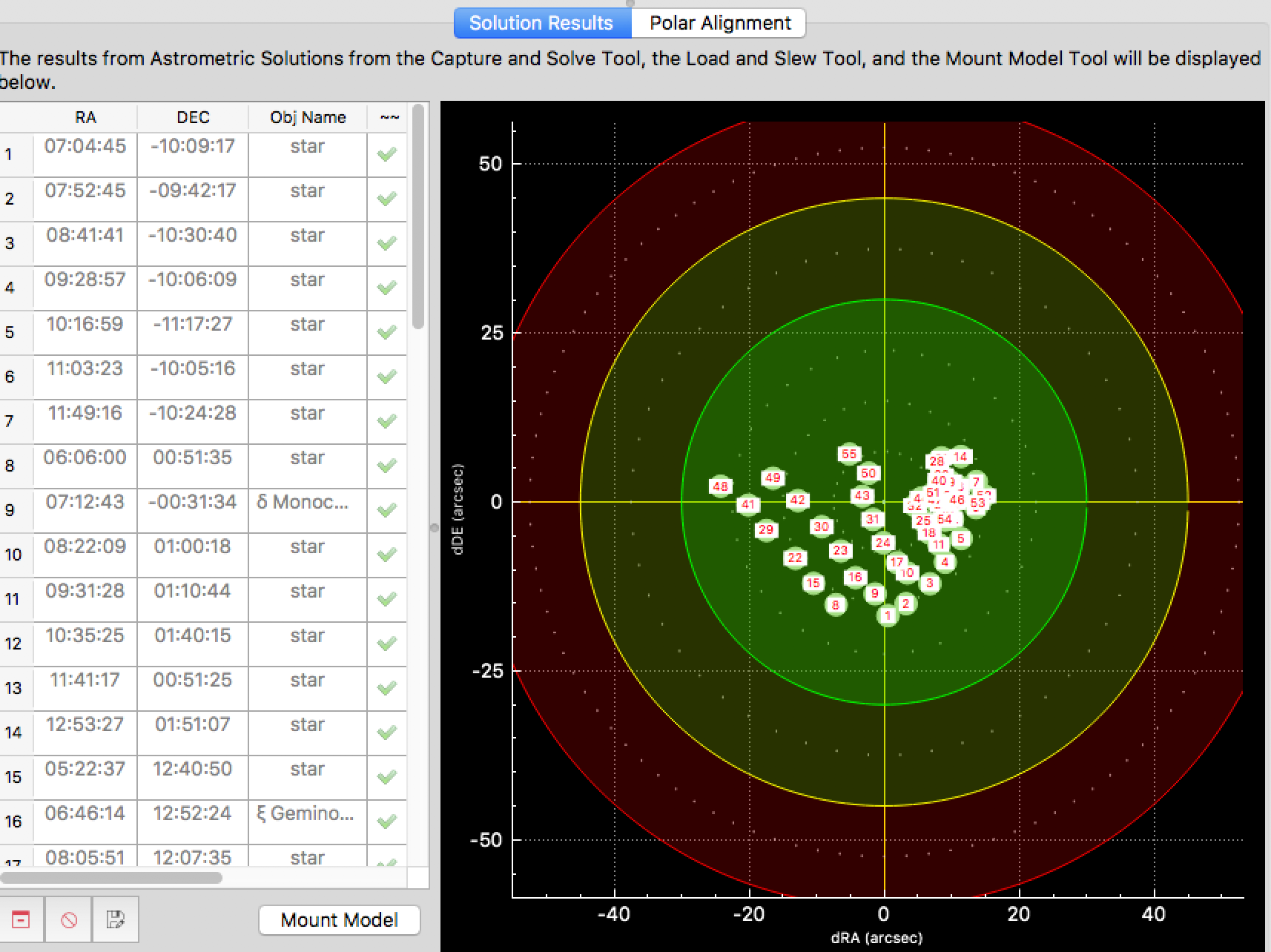 You can zoom, pan, and drag to explore the plot in details. Annotation for the quality of each GOTO is available on mouse over.

Ekos Polar Alignment Assistant tool also received a few bug fixes from the community feedback. Most users were able to achieve impressive results using the this easy to use Polar Alignment tool.

While Ekos is designed for ease of use, it can be intimidating for new users unfamiliar with the architecture of Ekos/INDI on several operation systems. Therefore, a new Ekos Profile Wizard is now available to guide the users to setting up their equipment for the first time in Ekos across several operating systems and connection topologies. 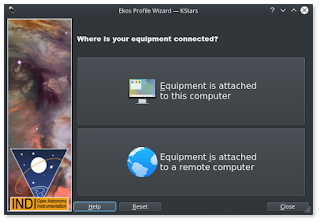 With INDI v1.4.1+, figuring out which port to use for your mount & focuser is now trivial across Linux & OSX. INDI automatically scans ports on your system and can even automatically connect to all potential available ports as well until a successful connection is established.

Last, but not least, KStars' NEO (Near-Earth-Object) data query from NASA's JPL is now properly working again thanks to our newest KStars developer Valentin Boettcher. Valentin (aka Hiro) is only 18 years old but is quite brilliant and experienced with KDE/Qt development environment. Welcome abroad!