I'm glad to announce the release of KStars 2.7.7 for Linux, Mac, and Windows!

In this release, Robert Lancaster dedicated a lot of time to improving KStars What's Interesting Tool (WIT). It is now significantly improved and offers a rich educational experience to explore the heavens! Users can now explore many naked eye and deep sky objects, in addition to addon catalogs offered by KStars such as the Sharpless Catalog.

Users wishing to have more fine control on what objects to observe and/or image should be using the Observation Planner that enable filtering of objects with custom constraints and limits. For casual users looking to find out what's interesting tonight, then this tool is the optimal choice.

Whether you're simply viewing the sky unaided with your eye or using binoculars/telescopes, find out which objects are available and how to locate them in the night sky. 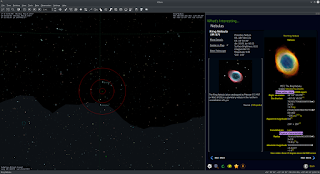 The WIT fetches images and information on the objects and interest and can even fetch information from online sources like Wikipedia.

Mac Canon users will be glad to know the new release now enables them to fully control their DSLRs under OSX. Furthermore, the Mac release includes support for ZWO ASI cameras. We hope to add support for QHY for Mac in the next release.


While KStars includes downloadable addons for images that appears in the detail dialog, John Sadler did a fantastic job of compiling images for over 18,000 NGC/IC objects!! These images are now available as downlodable addons, and now you can enjoy images of thousands of objects right within KStars. A small update to the Observation Planner enabled support for viewing images in there as well to help you plan what to observe and image ahead. 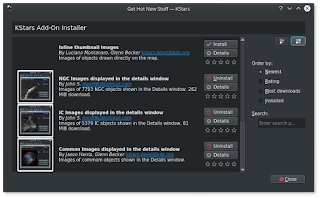 A few fixes were made to the Ekos Guide module to detect timeout in image captures and to take appropriate actions before giving up. Also, dithering failure does not necessary lead to autoguiding process failure. This behavior is now controlled by the user. By default, the autoguide process shall proceed even if dithering fails for whatever reason. 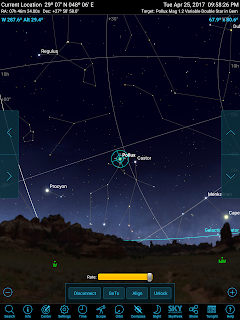 Finally, I added SkySafari support to INDI and now SkySafari users can enjoy using their app & KStars simultaneously to control their equipment without resorting to exotic hacks.
Posted by Jasem Mutlaq at 10:39 AM

you do a great job if you need help from the VDG please leave a message https://forum.kde.org/viewforum.php?f=285

Nice to see your concept about Linux and the good information you have gained and posted here. Thanks for the giving information.
Regards,
Linux Online Training
Linux Training in Hyderabad

Your concepts were easy to understand that I wondered why I never looked at it before. This information is definitely useful for everyone.
Read more about linux training in india, linux server trainer